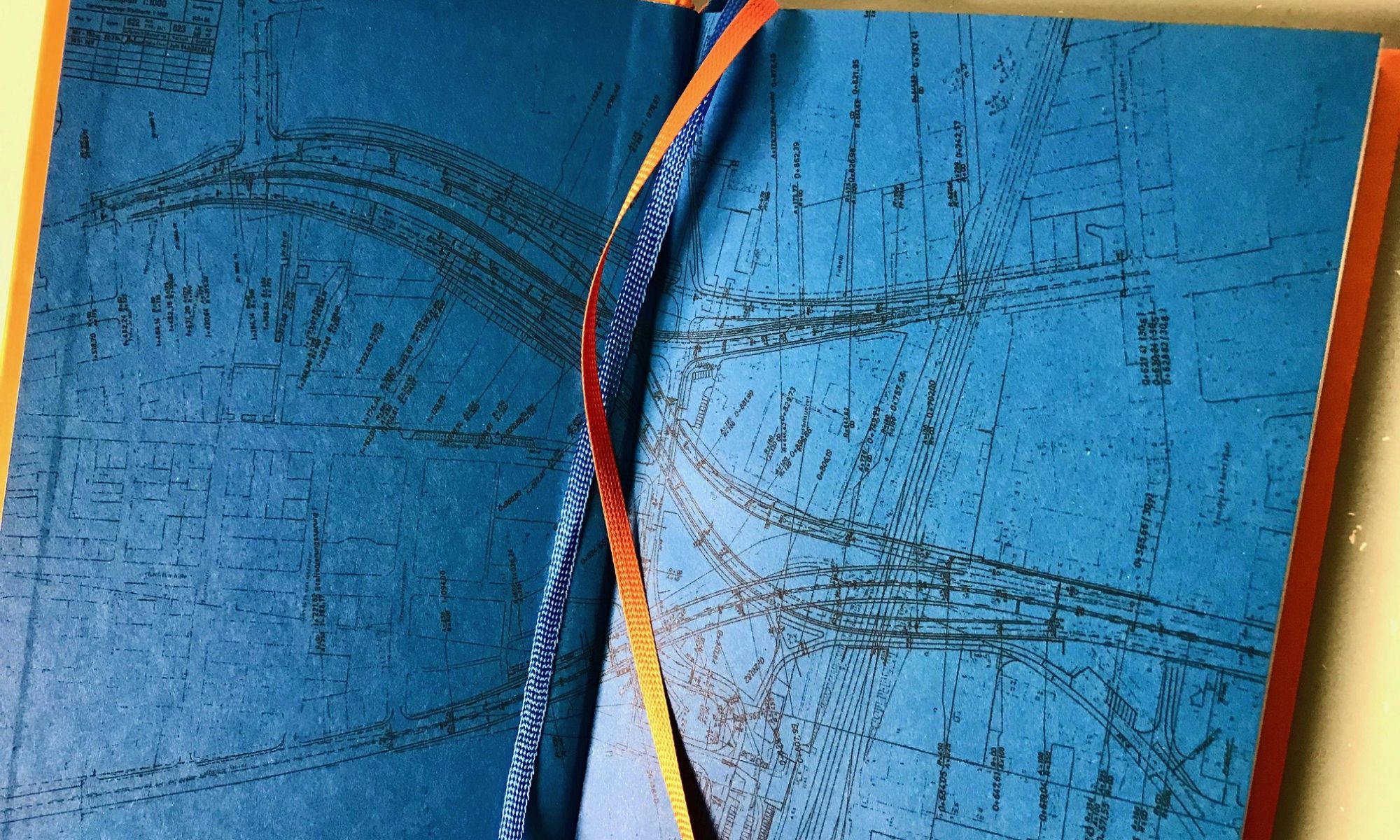 “Kaisergabel” is Olaf Arndt’s second novel. In lighthearted narration he tells the story of the Federal Republic at the golden end of the “Wirtschaftswunder” (50ies and 60ies economic boom). With wit and verve Arndt unfolds the story of three generations of a family who cannot agree on their ideals.

Kaisergabel is a 240-page novel written in German language and edited by mox & maritz Bremen (January 2022).

for reviews pls scroll down!

the 540-page novel Unterdeutschland (2021) has been well received by the German media.

It was praised by the press as “deliciously entertaining” (FAZ), a “novel of the century” (Neue Rheinische Zeitung), a “sovereign literary game” (Junge Welt) and a “rabid text” (ORF Austrian radio) – a “Heisenberg-poetics of madness that Arndt has virtually perfected.” (Frankfurter Allgemeine Zeitung)

for more details about UNTERDEUTSCHLAND and reviews please click here !

In the literary supplement (along with Leipzig Book Fair) of the Berlin based newspaper “Junge Welt”, Kai Köhler writes in his full-page (sic!) review titled “Aufstieg und Beton” (Rise and Concrete) on March 16, 2022: “The book is a great novel because Arndt shapes attitudes through narrative perspectives.”

Just one day later, on March 17, WestZeit follows with a very nice article by Karsten Zimalla:

“But did Q at the age of 17 … actually took a suicidal leave from the wrong world? Or did she just went off on a long journey? Does or did the ÜberSister ever exist? Many questions in this clever book, brilliantly constructed both the scenarios, and language alike, Kaisergabel also stands out from the usual mass-produced books in terms of design with its fine typesetting and two colorful ribbons. “Kaisergabel” is a novel in which (not only) West Germans in their 50s will recognize much. In protagonist Mike Mandt perhaps even themselves…”

in the April 2022 issue of STADTKIND Hannover, Anja Dolatta states enthusiastically: “With “Kaisergabel” Olaf Arndt manages the remarkable balancing act between relaxed narration and perfect composition. The sophisticated novel construction with several time levels makes it possible to create a complex family chronicle against the backdrop of real topographical and urban historical details, ranging from the 20th to the 21st century and enriched with whimsical elements.”.

Already in February 2022 the Neue Rheinische Zeitung concluded: “My secret candidate for the literary bestseller ranking – conveys not only a literary-narrative pleasure, but it also provides haptic-aesthetic pleasure due to its design.”

In number 2/21 of the bi-weekly journal for politics, culture and economics, Ossietzky, the reviewer ranks the “strictly composed, but at the same time loosely narrated, highly authentic-looking and captivatingly fascinating novel construction” between “Kempowski, Sebald … and Arno Schmidt.”

In chapter 1 (1975), the 15-year-old aspiring novelist Mike Mandt is trying to psychoanalyze his mother. he regards her as the dictator of the family – who has dedicated her total life to class advancement. the acquisition of status symbols and precious objects replaces the personal relationship between the mother and her children.
As Mike needs help for his giant project dissecting his family roots, he is cooperating with his sister Q – who is (to say the least) behaviorally conspicuous. even though the sister has a very vital anarchic personality, it becomes – over the first 100 pages of the novel – more and more opaque, if the sister exists at all or if she’s only a projection of Mike’s mind.

In chapter 2 we look back to the years 1895 to 1910. In Polonia where the paternal line of the family comes from, we witness a collective murder. we follow the brothers, the primal ancestors of Mike & Q, on their flight-on-foot from the East towards Lower Saxony, into the west of Prussia and Berlin. we see how simple men from the working class can become house owners just buy their will and determination: The first and maybe most important step in class advancement. The price for the ascent are a several corpses of family members metaphorically hidden in the cellar.

In chapter 3 we find back Mike two years later, in 1977. His sister has – not to a surprize – committed suicide. Mike feels lost and lonely. but he goes ahead typing and recording to complete their joint project of an in-depth investigation about their family.
Mike’s father is participating in one of the mega-projects of the post-war era: he is re-designing the city of Hannover as a car-friendly town. on the “tabula rasa” (clean table) of the city plan (emptied by Hitler´s air warfare) the German engineers and politicians realize their high-flying dreams that have been thought out during the III. Reich.
the oversized “Kaisergabel”, a highway link positioned right in the middle of a traditional working class neighborhood, embodies symbolically the common-sense of cutting-off all traditions and roots. we experience the beginning of a new petite-bourgeois lifespan with a proper family home, a well tended garden, where not a single leave is allowed to move without authorisation, we watch the mother in her new beautiful clothes and modern furniture, and immediately understand all that small luxuries as the all-inclusive insurance for a society that first and foremost wants to prevent itself from ever crashing again.

adolescent Mike is telling this part of the family history like an adventure story. he praises and admires his fathers accomplishments – but at the same time he also sees that their personal life is withering under the weight and adversities of the class advancement.

Arndt astutely portrays the siblings, with their devotion to cutting-edge recording technology, as natives of the electronic age: as bold pioneers whose grandchildren today seek to answer all their questions in the communicating channels of their digital devices.